For a second year, the the Scented Hound was honored to be one of the judges for the Annual Artisan Fragrance Salon Awards.  The 8th annual 2016 winning entrants were announced Monday, August 8, 2016.  The top rated perfumes were voted as Gold, Silver and Bronze winners…with the top Gold prize going to Esscentual Alchemy’s Little Black Dress.  The following is what I submitted regarding this wonderful perfume:

Little Black Dress – buttery florals that are thick and waxy. A light spice adds to the rather rounded perfume. The fragrance thickens as it develops creating a warm and enrapturing and herbaled scarf that moves from the fuzzy to more of a leather. Little Black Dress is a seductive stunner. 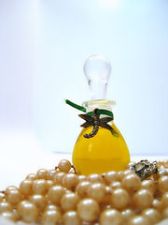 Little Black Dress was my favorite and it appears that it was for the other judges as well.  But don’t get me wrong, it was hard judging so many incredible perfumes.  Some of my other favorites included Sonoma Scent Studio’s Winter Woods and El Jardi Secret NU by Urban Nature.

A full list of the winners to include such award categories as, scent seductiveness and uniqueness, can be found at the Artisan Fragrance Awards website.

Congratulations to all of the 2016 winners!