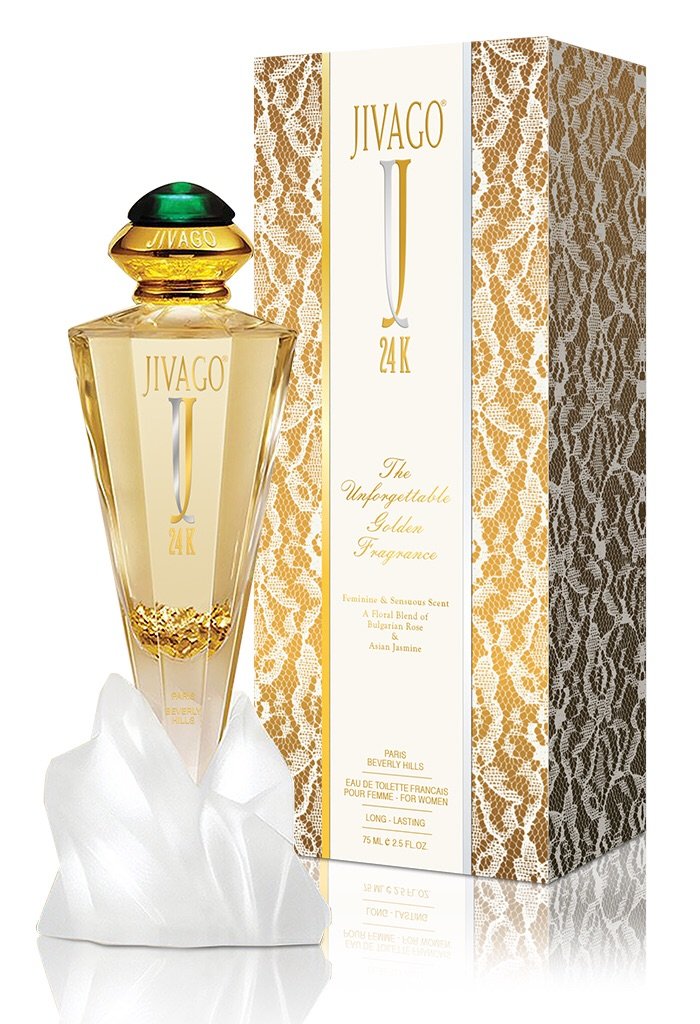 WHAT I SMELL:  24K opens with a warm, soft and tender rose that moves towards a lightly spiced tuberose and jasmine.  The perfume buzzes with muted ambered florals that seems to become warmer on the skin with each inviting inhale.  As the perfume continues to develop, it becomes more rounded and the florals seamlessly meld into one beautiful fragrant bouquet.  At this point the perfume slows it’s progression and it radiates floral energy with a warmth and pulsing force that’s completely mesmerizing. There’s something nostalgic about 24K that takes me back to a bygone era of the 1980s and 1990s.  But don’t get me wrong, the perfume doesn’t feel vintage or old fashioned in the least.  In fact, it makes me yearn for some of those forgotten floral beauties of the past that you couldn’t help but notice.

24K for Women is a sensuous floral composition created from some of the finest ingredients in the perfumers palette: Bulgarian Rose which induces thoughts of loving affection; Jasmine Sambac which has been prized forever worn for blessings, protection, and good luck; Tuberose Absolute which is both calming and spiritually stimulating.

The scent is elegant, weaving a tale of opulence and tasteful desire. Our most successful release to date, this award-winning fragrance became an instant best-seller and has been recognized for its iconic status in perfumery.

Understated but undeniably luxurious: this is the scent for woman of worth, grace, and poise – but also of great warmth… a timeless classic beauty.

WHAT IT SMELLS LIKE TO ME:  “Dynasty-lite”.  The perfume carries all the quintessential aspects of the 1980s; big, bold, large and in command.  But instead of being over-the-top and in your face, 24K remains perfectly muted.

WHAT OTHERS ARE SAYING ABOUT 24K:  No reviews found.

BOTTOM LINE:  I used to live in the Washington DC area and went to many concerts and plays at the iconic Kennedy Center.  At some of these events, I would at times be entranced by a woman’s perfume that would envelope me.  I would find myself so mesmerized by these wonderfully elegant perfumes that seemed to be designed just for these evenings on the town, that I would lose myself in the perfume rather than in the event itself.  24K is one of those perfumes.

It should be noted that 24K comes complete with flakes of gold floating in the perfume as well as an iceberg stand that holds the bottle.  Wonderful in every regard.

*Sample provided by Jivago.  Opinion my own.

WHAT I SMELL:  Ma Griffe opens with bright aldehydes followed by a mix of florals that turn surprisingly green.   There’s an undercurrent of rapturous warmth that sits below the florals that makes the perfume heady and full-bodied in a rather provocative manner.  Ma Griffe is not shy in the least and as it goes on she tells you exactly who she is right from the beginning.  As the perfume continues to develop, there’s a note or combination of notes that reminds me of slightly worn silk undergarments.  It’s a mix of perfume, powder and just a hint of light sweat gained from normal daily activity.  As such, this makes Ma Griffe a veritible seductress.  As the perfume continues to morph, the florals begin to deepen with tonka bean taking root along side a drying oak moss.  Here, Ma Griffe is fully in charge and makes it known that she is all woman and doesn’t mind if you call her a dame.

WHAT IT SMELLS LIKE TO ME:  The unapologetic user of men; Barbara Stanwyck in the pre-code classic movie “Babyface.”

WHAT OTHERS ARE SAYING ABOUT MA GRIFFE:  Yesterday’s Perfume, Smelly Blog, Perfume Shrine

BOTTOM LINE:  I acquired the bottle pictured above years ago from a woman who was cleaning out her aunt’s estate.  I believe it’s from the 1970’s or ’80s and is the EDT “mis-s-s-ster” version.  The “mister” no longer works so it comes out of the bottle dribbling from under the sprayer.  I imagine that the mister would provide a bit of a softer experience, but I can’t say for sure.  For me, Ma Griffe is interestingly bold and beautiful, but I find that it’s not something I gravitate to or wear very often.  I think’s it’s because I like my vintage perfumes to have a bit of a soft side and Ma Griffe is anything but soft from start to finish.  Still, it’s a pretty darn amazing perfume. 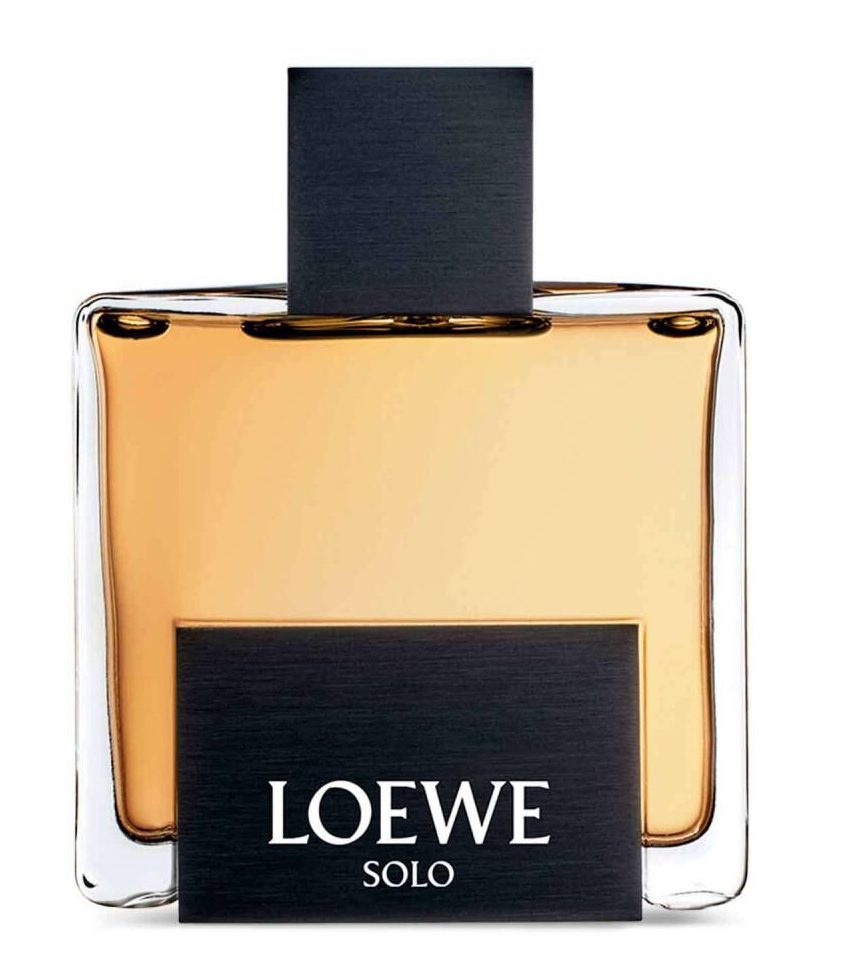 WHAT I SMELL:  Solo’s opening is a nicely warm one with a lightly herbal lavender that is quickly met with a brightened patchouli that sits between earthy, funky and cottony fresh.  There’s also an underlying citrus note that helps to keep the patchouli in an uplifted manner.  Pretty much from the first spritz, the perfume is fresh, rather dewy and light with a wonderfully positive persona.  As the perfume continues to develop, it begins to move to the more spiced with a lightly sweetened cumin, nutmeg and cinnamon melding with the patchouli.  Thankfully, the perfume remains light and airy as the spice is kept at the right depth.  Soon afterwards, the perfume begins to dry and it takes on a hazy finish.  For the most part, Solo remains true to the lavender, patchouli and lightly spiced heart, but it starts moving towards a clean musk finish.  But as soon as I thought it would end there, a flattened slightly sour woody note comes to the forefront and that’s unfortunate as the perfume prior to this development was very likable and now it’s just… OK.

A timeless yet novel fragrance, its secret lies in its contrasting accords of aromatic notes that are juxtaposed in perfect counterpoint.

A spicy, woody fragrance with contrasting notes of sandalwood, guava and marzipan, for the elegant man of distinction who appreciates the value of balance.

The harmony of extremes. 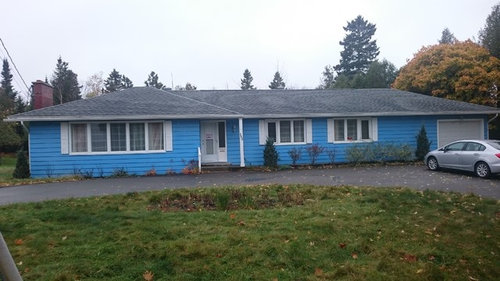 WHAT IT SMELLS LIKE TO ME:  A careworn ranch house from the 1950s or 60s.  When it was built it was a beauty, but over time it has become a bit tired and dated and needs a little sprucing up.

WHAT OTHERS ARE SAYING ABOUT SOLO:  No reviews found.

BOTTOM LINE:  I really wanted to like Solo as the opening and middle stages of development are fantastically alluring.  Unfortunately, it’s only at the end that the perfume begins to fade from my enthusiasm.  And call me shallow, but there’s something about the Loewe aesthetic that leaves me a bit cold.