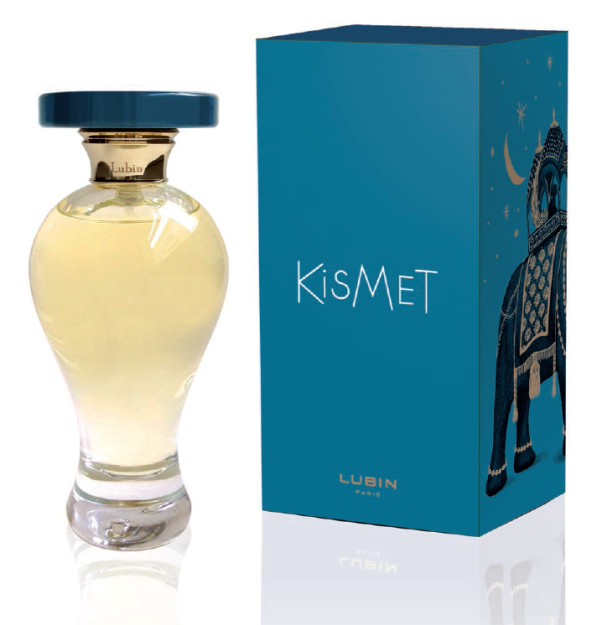 “Folly!” That’s how the elderly owner of the Lubin Perfume House, Monsieur Paul Prot, described the elephant-shaped perfume bottle that had appeared on his desk. It had been designed for a princess who was believed to be Indian, and so Lubin perfumers had consulted the writings of the famous Indian poet Valmiki. In his work, Valmiki paid homage to Woman by comparing her to the animal believed to be the noblest of all — the elephant. This seemed altogether odd to a well-mannered Frenchman in the early Roaring Twenties. But as for Kismet, the Eastern princess for whom this new perfume was intended, well, she liked it.

The beautiful Ottoman spy actually laughed when she saw the small crystal bottle of perfume that had been made especially for her. It featured a brightly decorated elephant, alluding to the verse of Valmiki’s Ramayana. Spiritual and multilingual, Kismet cultivated the mystery surrounding her background. She reigned over the Parisian parties of the Roaring Twenties for a time, then one day slipped away, never to be seen again. All that remained was the memory of her intoxicating scent — the scent of the perfume that Lubin had created for her.

Kismet was created in 1921 only to disappear in infamy like many other classic perfumes of the early 20th century.  Thankfully, Kismet once again is available through a modern interpretation.  Is it still worthy of a princess?

WHAT I SMELL:  Kismet unfolds gracefully with a warm, sweet, velvety smooth  citrus that quickly melds into a wonderful vanilla infused rose.  It’s soft and dreamy and it feels like it’s full of quiet whispers.  As the perfume develops, the focus remains on the warmed rose and the labdanum and vanilla, but the projection grows.  Never shouting, Kismet instead weaves a spell with the lightest of opoponax to let you know that it’s veil of beauty surrounds you at every turn.  Kismet is a mystery from the very start, slow to progress, the perfume moves quietly through its intepritive dance, mesmerizing you with every flourish.  Kismet is magic.

WHAT IT SMELLS LIKE TO ME: Salomé’s Dance of the Seven Veils.

WHAT OTHERS ARE SAYING ABOUT KISMET: Colognoisseur

BOTTOM LINE:  Incredibly lovely, the opening is similar to Shalimar, but as it develops, it becomes a softer and more cashmere in its feel.  The vanilla, rose and labdanum mix together like a dream that unfolds while you’re awake.  Kismet is easily full bottle worthy.

Sample provided by Arielle Shoshana.  Opinion my own.