Last week I reviewed my first Jo Malone fragrance, Wild Bluebell,  and was completely underwhelmed not only with the fragrance itself, but with the way the fragrances don’t speak to me via their marketing or their store presence.  After some prodding by others, I was told to give the Jo Malone line another chance, specifically their Cologne Intense line.   Since I had to return a purchase to my local Nordstrom store this weekend, I thought it would be a good opportunity to check out some of the other Jo Malone fragrances.  Surprisingly, my local Nordstrom store has a large space dedicated to Jo Malone, but I still don’t find their display captivating as it is quite sterile and uniform.  After giving a few sniffs of the various Cologne Intense fragrances on paper, I settled on samples of the Dark Amber & Ginger Lily and Amber & Patchouli.

WHAT I SMELL: Opens with an astringent cardamom, which then quickly lightens and sweetens with an almost buttery undertone.  Funny, the sweetness only stays for a minute and then it evens out into this wonderful ginger with the cardamom sitting beneath almost smelling like cedar.  After about 10 minutes Dark Amber & Ginger Lily becomes very light but with a nice warm amber base, with a hint of incense.  This is nice, but very light and close to the skin.  After around 20 minutes the fragrance doesn’t morph much, but it really is lovely in its light presence.

WHAT IT SMELLS LIKE TO ME:  A hint of Fall.

WHAT OTHERS ARE SAYING ABOUT DARK AMBER & GINGER LILY:  Call it Beauty, Perfume Posse, The Scented Salamander

WHAT I SMELL:  Opens with a big astringent blast of patchouli.  The patchouli is sweet, not earthy and rather pretty. After a few minutes you can detect a bit of sour guaiac wood which starts to pull some of the moisture out of the fragrance making this more woody… and woody in the way of the smell of old barn planks.   But that quickly moves to the background as the sweet patchouli takes center stage… with the amber and the wood keeping this dry and slightly powdery and flattened in a linear sense. 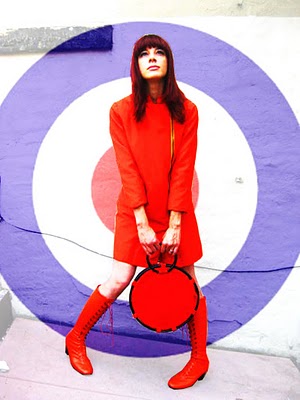 WHAT IT SMELLS LIKE TO ME:  The perfumed cotton/silk lining of a 1960s patent leather coat.

WHAT OTHERS ARE SAYING ABOUT AMBER & PATCHOULI :  The Scent Critic, London Makeup Girl

BOTTOM LINE:   Will these two fragrances make me run to Jo Malone in the future?  Probably not.  But they also won’t make me discount the line as a whole either.  Nicely done Jo Malone!