WHAT I SMELL:  Sushi Imperiale’s opening is decidedly not sushi like as it opens with a warm crunchy bergamot and sugared orange.  The perfume is sweet, but not sugary sweet; instead its sweetened naturally as if it’s tinged with brown sugar.  Soon enough, the natural sweetness begins to give way for a more flattened floral spice.  The perfume is slightly gourmand, but that quickly moves away and the perfume begins to unleash a warm, shimmering radiance and a lovely warmed sandalwood comes to the forefront.  At this point, Sushi Imperiale becomes enveloping and rapturous…the base notes are a light blanket of comfort that don’t weigh down the perfume, but instead add just the right amount of security.  After this, Sushi Imperiale doesn’t transform much, except when it finally settles in with light and soft patchouli that feels tufted with light cotton.  In other words, it’s comforting and reassuring.

An intense beginning where the citrus notes blend harmoniously for an eau de toilette that speaks of love.  The heart releases its spicy personality:  the vibrant and exotic luminosity of Pepper, Nutmeg and Cinnamon.  The fragrance develops into a brilliant and almost nonchalant wisp of woods and Vanilla of Madagascar. 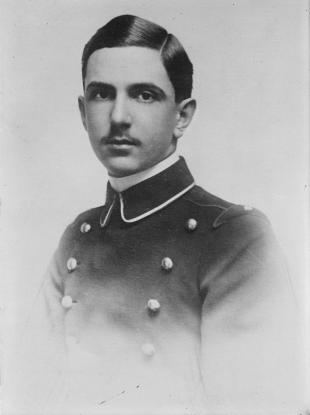 WHAT IT SMELLS LIKE TO ME:  To me this is less “sushi” imperial, but it is indeed more italian imperial, meaning that the perfume is fit for a prince.

WHAT OTHERS ARE SAYING ABOUT SUSHI IMPERIALE: AustralianPerfumeJunkies, EauMG, Kafkaesque

BOTTOM LINE: Sushi Imperiale is a wonderfully wearable and elegant perfume that has surprising projection and longevity and is rather beefy for an eau de toilette.  This is a perfume that is perfectly elegant without being snobbish.