WHAT I SMELL: Beige opens with bright aldehydes and then quickly moves to a soft, cottony mix of delicate flowers.  The perfume is incredibly demure and unassuming and the freesia and frangipani are wonderfully muted.  I often wondered if I could ever like a perfume that held frangipani…I think I finally found “the one.”  The perfume doesn’t transform much, but instead, feels as if a ray of sunshine has warmed the perfume and made it grow oh so slightly.   There’s a lovely combination of warmth and coolness at play; it feels tinged with sunshine, but there’s a cool breeze that provides for an underlay.  After around 10 minutes, the perfume begins to dry and the perfume begins to powder.  At this point, it feels like a light layer of talcum is covering your skin.  The florals also begin to retain a woody texture, rather like a light balsa wood.  After around 20 minutes, the perfume takes on a delicate sweetness of honey.  It’s just the right amount of light sugar to make the perfume sparkle.  Who knew beige could be so beautiful?

“I take refuge in beige because it’s natural,” said Mademoiselle Chanel. An elusive colour with infinite variations, beige may seem quite ordinary. And yet, behind this apparent simplicity, it hides a discreet sensuality that builds slowly before revealing itself fully. This sensual outburst is interpreted by Jacques Polge through a bouquet of Hawthorn, Freesia and Frangipani, with shimmering hints of honey. A stunning blend of white petals and yellow gold…in other words, a breath of beige. 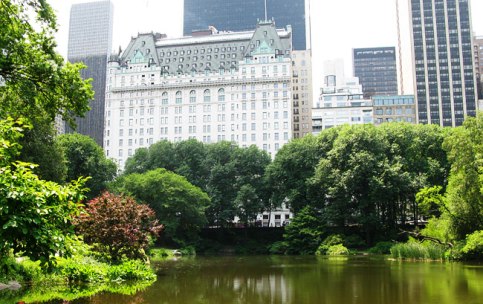 WHAT IT SMELLS LIKE TO ME:  Central Park, NYC.  The Upper East side social set meets the tranquility of the park.

WHAT OTHERS ARE SAYING ABOUT BEIGE: Bois de Jasmin, Now Smell This, Perfume Shrine

BOTTOM LINE:  I believe that I have overlooked Beige over the years due to the name.  The name renders thoughts of cardboard boxes and abject nothingness.  Instead, Beige proves to be an uncomplicated, subtle and beautiful understated classic.  I’ll never think of beige as being boring anymore.