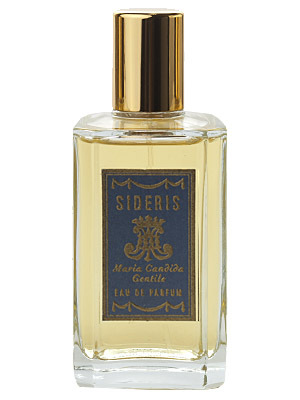 WHAT I SMELL:  Sideris opens with a deep warm breath of saffron, incense and myrrh.  It smells like it’s from another world; like it’s been around for ages only to reveal itself again.  Sideris sits in a haze.  You feel that it’s there, but somehow it exists in aura around you rather than directly on you.  Sideris takes its time to transform and when it does, it doesn’t do so in a dramatic fashion.  Everything is seamless and it mixes so perfectly that you can easily miss the differences; but they’re there.   After about 30 minutes, the light sweetness of the rose makes a rather subdued appearance in a manner that you barely notice.  To me this is not “rose,” but a veil of earthen rose shrouded by incense.  Sideris then becomes more creamy and yet woody which sounds contradictory, but trust me it’s not.  As Sideris continues to progress, the incense from the early stages starts to subside, and the benzoin starts to become prominent and along with the rose and sandalwood, the fragrance becomes a bit sweeter.  Sideris is a fragrance that I feel like I just can’t give enough justice to… It’s all too beautiful and sometimes words are just too hard to convey. 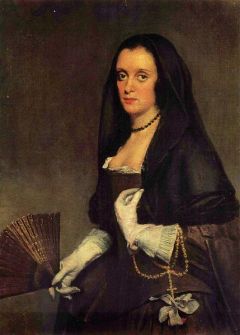 WHAT IT SMELLS LIKE TO ME:  Lady with a Fan by Spanish painter Diego Velázquez

WHAT OTHERS ARE SAYING ABOUT SIDERIS:  Scent for Thought, Cafleurebon, The Non-Blonde

BOTTOM LINE:   Sideris is unique and incredibly beautiful.  I’ve only been introduced to two of Maria Candida Gentile’s fragrances thus far, Cinabre and this.  I have the feeling I need to explore some more.