WHAT I SMELL:  Tabac Blond opens with this really pretty floral iris that quickly becomes ensconced in a light leather.  Funny, the word “blond” really does feel appropriate as it conveys a woodyish, blond like aura.  The fragrance is rather cool and aloof, yet approachable.  Like many of the other Caron fragrances, there is “pretty” surrounded by an edge of something naughty.  Here, the leather, albeit light, is rather tough and slightly aggressive.  When initially applied the projection is incredible, but the fragrance begins to settle down as the spice of the carnation makes its appearance.  After around ten minutes that carnation and spicy clove moves the lighter initial florals to the back.  After some more time, the tobacco comes in full force, drying out the fragrance making it more woody and rather masculine.  But just as soon as you believe this will go full on manly, Tabac Blond starts to become powdery and the spicy florals become center stage again.  After around an hour, the patchouli comes into play bringing this very earthy and musty like aura to Tabac Blond.  After a couple of hours, the fragrance reduces to an earthy patchouli skin scent that reminds me greatly of Dr. Vranjes Ambra e Iris.

In 1919, to mark the dawn of women’s liberation, Caron made the bold move of dedicating a deliberately provocative fragrance to the beautiful androgynous women, nonchalantly holding their long ivory and mother-of-pearl cigarette-holders. 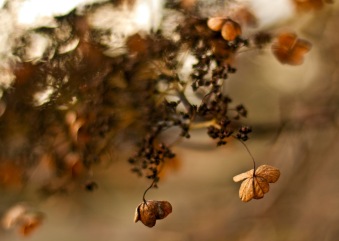 WHAT IT SMELLS LIKE TO ME:  A dried flower arrangement with lingering floral hues and dusky earthiness.

WHAT OTHERS ARE SAYING ABOUT TABAC BLOND: Kafkaseque, The Perfumed Dandy, The Scent Detective

BOTTOM LINE: The first few hours of Tabac Blond are wonderful.  It’s complex and hard to pin down as it seems to change and morph continuously.  The final drydown stays with you for a considerable time, but I find it just a bit too earthy for me.  But no problem, I’ll spritz on some more!

8 thoughts on “Tabac Blond by Caron”