Do you have any of those fragrances that seem to call your name like a siren song?  For me it was Songes…as much as I tried to stay away I just couldn’t!  So let’s see if the song matches the lure… 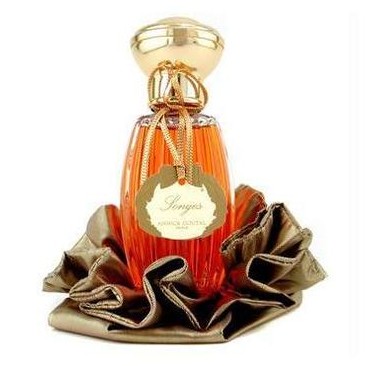 WHAT I SMELL:  Songes opens medicinal and deeply antiseptic only to quickly move to this indolic jasmine that smells rather like sweet bubblegum without being too sugary.  The fragrance is big and wrapped in a waxy shell.  In just a few minutes, the scent just blasts off the skin like a floral explosion.  At this point it weaves a spell on you like a big floral feminine venus fly trap that overtakes you like an unsuspecting victim.  The lush and heavy fragrance is almost too much to take so I caution that when spraying it on use sparingly!  In addition to the bubblegum, there’s just a hint of spice which controls the sweet without overtaking it.  After around the 30 minute mark Songes become more creamy rather than waxy and the Frangipani takes over to the forefront.  Frangipani is not one of my favorite flowers, but the Tiare helps to compliment the Frangipani to give Songes a tropical feel.  This is phase two and there is nothing subtle about the transition; Songes becomes full on South Seas.  As more time passes, the fragrance becomes a bit deeper and when smelled it coats the back of your throat with its thickness.  After about an hour or so, Songes moves into its third phase and retreats down to a dry and woody shell covered in with a light Frangipani.  And after a few hours, Songes plays peek-a-boo as it sometimes seems to disappear, only to reveal itself again.

WHAT IT SMELLS LIKE TO ME:   Like a tropical breeze brushing up against the white flowers releasing their intoxicating beauty beneath the full moon.

WHAT OTHERS ARE SAYING ABOUT SONGES:  I Smell Therefore I Am, Confessions of a Perfume Nerd, Olfactoria’s Travels

BOTTOM LINE: Wow, what a ride.  Big, bold and like a slap across the face with a floral assault only to be left with this woody like shell of its former self.  In other words, the siren song that had been calling me, entrapped me with false beauty.  I kind of like it, I kind of don’t.  It’s kind of big, it’s kind of not.  In other words, Songes can keep calling, I just don’t know if I’ll answer again.

22 thoughts on “Songes by Annick Goutal”