WHAT I SMELL:  Imprévu opens with lemony tinged aldehydes that quickly become entrenched in the most beautiful oak moss in addition to a more rounded citrus.  Soon enough, the perfume moves from the citrus and becomes lightly creamy with pulsating florals.  There’s also a spiced note that gives the perfume a bit of exoticness.  At this stage, Imprévu’s heart is deep, warm, a bit mysterious and incredibly alluring.  After some time, a light soapiness emerges, but that soon dissipates and that’s when the real magic happens.  Around 10 minutes into wearing the perfume, a light rich leather melds with the deep and warm florals and the perfume begins to dry with a powdery oakmoss.  The perfume is so beautiful at this point with its warm, in charge and take no prisoners personality.  Imprévu in french means “unforseen” or “unexpected.”  The perfume is exactly that… but in the most wonderful of ways.

Imprévu was launched in 1965 as an intense female perfume that ideally balances the chypre, wood and leather aromas.  Absolutely mature and opulent, it opens with aldehydes and citruses like bergamot and bitter orange.  The heart is composed of leather with traces of clove and floral notes, placed on a wooden base with oak moss. 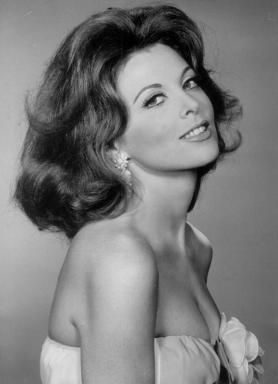 WHAT IT SMELLS LIKE TO ME:  Tina Louise…pretty and glamourous in a B-movie kind of way.

WHAT OTHERS ARE SAYING ABOUT IMPRÉVU:  Perfume Shrine

BOTTOM LINE:  Imprévu is a hidden gem of a drug store perfume that made smelling glamourous and chic affordable.  And there’s nothing here that smells inexpensive except for the slightly soapish drydown finish that you can sometimes find in the over-the-counter fragrances.  But all you need to do to remedy that is to re-apply.  I found this little gem for under $25 online and I’m so glad I decided to make it mine.

As an extra bonus, a 1967 Imprévu commercial: