WHAT I SMELL:  Whip has a wonderfully bright citrus opening. It sparkles, is lightly spicy and overall zesty, and is warmed with a light lavender which gives it a very classical feel.  I love it when a citrus fragrance can make you feel like you’re wearing a starched white shirt when you may just be wearing a t-shirt.   Whip does just that.  After around 10 minutes, the zesty opening starts to calm, and the citrus begins to meld with the delicate florals which are incredibly pretty.  There’s a heavy dose of galbanum which is mixed with an oak moss; creating a radiant haze of powdered freshness.  After around 30 minutes, the perfume is met with a very light leather which tames the green of the perfume and which makes the final stage smooth as silk.  Whip is uncomplicated, fresh and easy to wear and is perfect for when you are dressing up, or dressing down.

1953: Queen Elizabeth II was crowned Queen at the age of 27 while New York celebrated the opening of the Guggenheim Museum and Audrey Hepburn starred in “Roman Holiday”. Le Galion launched Whip, a fresh and young fragrance, especially refreshing in the summer. Originally created for men, women also grabbed hold of it quickly.

A return to its origins; to freshness, tone and distinction for this timeless Cologne fragrance; a fragrance that suits both men and women. Although in classic fresh and citrus fragrance territory,Whip exudes a certain modernity, It opens on a very citrusy note, created by the marriage of lemons from Verdelli and Calabrian bergamot. Tarragon, lavender and cardamom provide the aromatic notes. The heart of the fragrance is worked around floral notes such as jasmine, violet and a hint of iris, all accentuated by the powerful woody notes of galbanum. The background is softened and warmed with heady notes of oak moss, patchouli and vetiver grass oil. Leather notes give this fragrance its huge personality.

WHAT IT SMELLS LIKE TO ME:  A beautiful bucolic day, perfect for a game of croquet.

WHAT OTHERS ARE SAYING ABOUT WHIP:  Le Mouchoir Perfume, Colognoisseur 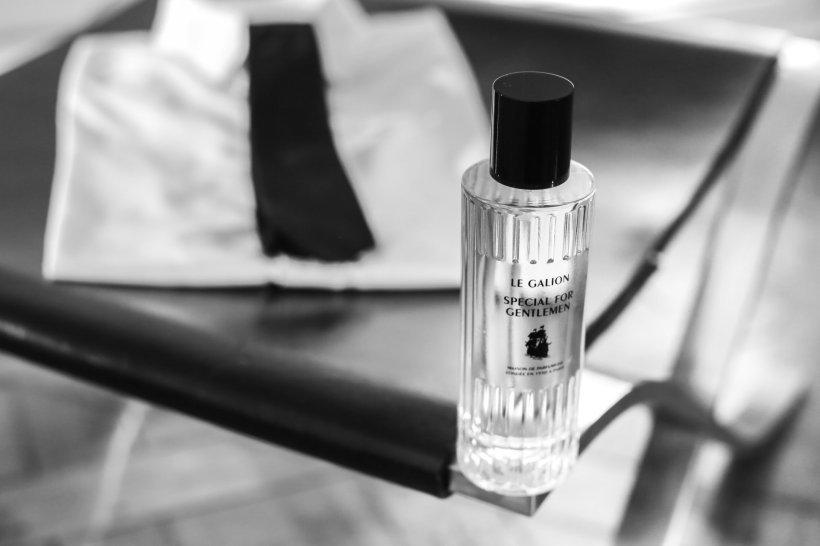 WHAT I SMELL:  Special for Gentlemen opens with a beautiful warmed luxurious lavender, tinged with citrus and bergamot.  There’s a lovely powdered amber which is highlighted by a pulsating cinnamon, but it’s so incredibly subtle as it mixes with the amber and labdanum.  After around 15 minutes, a slightly soured edge appears along with a powdered vanilla and oak moss.  The perfume is reverant, solid and masculine but not in a beefy or heavy-handed way.  In the end, you are left with a warmed, slightly soured vanillaed perfume that is proper; but very sensual at its core.  Very sexy.

1947: The Marshall Plan was launched. The French people dreamt of luxury and escape. Roger Vivier invented the stiletto heel, Christian Dior launched the New Look and Miss Dior, and Le Galion created Special for Gentlemen, a masculine fragrance, distinguished and refined; a fragrance to wear at all times. Discreet, refreshing, yet lingering, it is like no other. It is a luxury fragrance for men.

A tribute to the legacy of expertise, excellence and “savoir-vivre”. True to the spirit of Paul Vacher in the re-issue of this classic and elegant fragrance. A masculine fragrance, reviving the ancient traditions of the art of perfumery, using noble materials.

A beautiful Oriental Amber fragrance that opens on fresh and aromatic notes. Subtle notes of lavender and lemon are accompanied by a touch of woody galbanum. A balsamic note of cinnamon brings softness to the blend. This lasting woody amber fragrance is achieved by generously combining amber, cistus labdanum and patchouli. Finally, soft balsamic notes and a slightly animalised note lend this sensual fragrance lots of sensuality – a marriage of vanilla, opoponax and castoreum.

WHAT IT SMELLS LIKE TO ME:  Henry Cavill in the upcoming release “The Man from U.N.C.L.E.”; sexy, daring and dashing

WHAT OTHERS ARE SAYING ABOUT SPECIAL FOR GENTLEMEN: Chemist in the Bottle, La gardenia nell’occhiello

BOTTOM LINE:  I love seeing the resurrection of these classic perfume houses.  There’s a very straightforward elegance about each of the reissued perfumes which feel classic, but not historic, so you don’t feel as if you’re wearing a worn out version of your mother or father’s old wardrobe.  As much as I like both of these perfumes, I have to admit that Le Galion’s Iris is probably my favorite from the reissued perfumes.   Clean, light and pretty, it’s an iris that doesn’t drag you down in the dirt, but instead makes you feel like you’re floating on an iris cloud.  Welcome back Le Galion!

9 thoughts on “Two from Le Galion – Whip & Special for Gentlemen”