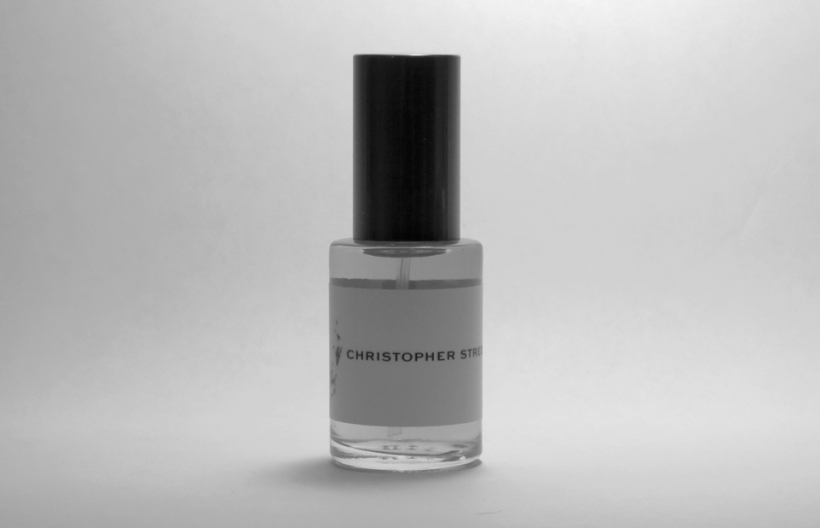 WHAT I SMELL:  Christopher Street opens with a fig like citrus that has this swirling effect on my skin.  It also has this semi-petroleum like kick to it.  Hmmm, in other words, it’s a like a ripened bag of oranges and lemons being kicked by a pair of Doc Martens.  After a few minutes there’s a bit of sourness to that comes to surface.  It’s salty and sweaty, like the mix of sweat and body odor from a hot day mixed with the coolness of the air conditioning when you step inside.  It’s kind of repulsive, but there’s something rather natural about it which isn’t too off putting.  But with all this sweat, you would think that the fragrance would run hot…but it doesn’t, it’s rather cool.  After around 10 minutes, the soured orange remains, but the sweaty aspects start to dissipate as they’re replaced with an undercurrent of oakmoss and warmer hues of subtle spice.  At this point the fragrance is almost split in two as it seems to have this top aura that sits like an orb on top of grounded spice.  It’s odd in that the various layers of the fragrance seem to pull from the middle moving in opposite directions.  After around an hour there is something remote about Christopher Street.  It projects and has power for a citrus scent, but there is nothing soft there as it’s bold and rather removed.  After a couple of hours, I get a slight appearance of leather, but just barely.  For the most part I am left with this sour orange citrus sitting on a base of very dry oakmoss.

Christopher Street notes as well as the information on the fragrance’s namesake and inspiration from the Charenton Macerations website:

New York City’s Christopher Street is one of the oldest and longest streets in the West Village. Designed as a diagonal road against a rectangular grid, Christopher Street has always been known for its subversive character.  A street of merchants and misfits, along with the occasional mob front, Christopher Street has played home to a cast of unlikely heroes that has included everyone from Beatniks to Bohemians to homosexuals. The neighborhood is a spectrum of vibrant personalities that shatter traditional notions of gender.

Developing a long-standing reputation for celebrating individual freedom, Christopher Street is most notably known as the location of the 1969 Stonewall Riots. Over the years, its promises of hope have made it a chosen destination for those individuals moving to New York City in search of openness and acceptance. “The Shangri-La of the West Village.” All around the world, the name Christopher Street has become synonymous with the word “liberation.” Stemming from its rich history, its architecture, and its quintessential connections to New York City activism,Christopher Street was seen as the perfect inspiration for the first Charenton Macerations fragrance.

WHAT IT SMELLS LIKE TO ME: If I lift my wrist to my nose, I am inclined to get a headache.  From afar the scent smells rather good.  As such, it’s like there’s a party going on down the street, but there’s a fence that separates me from the fun! 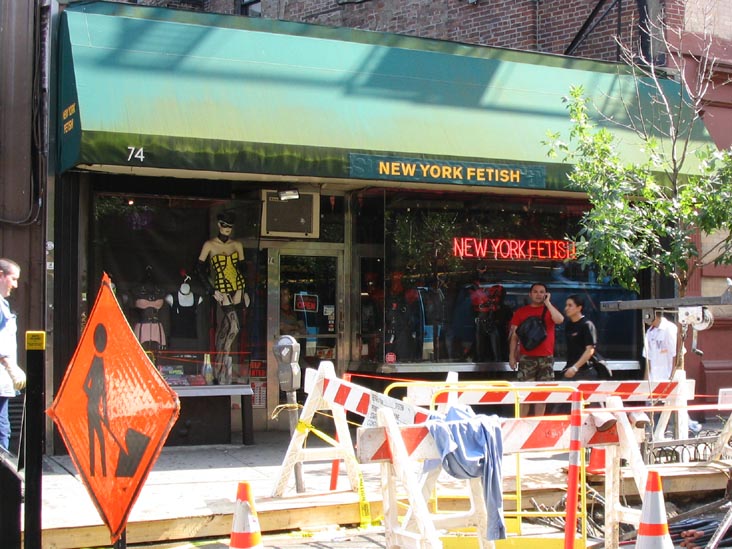 OK, this is not the visual I was looking for, but this is a store on Christopher Street and depending on your definition of a party…the work zone might just keep you away!

WHAT OTHERS ARE SAYING ABOUT CHRISTOPHER STREET:  EauMG, Bois de Jasmin, Indieperfumes

BOTTOM LINE:  I really want to love this fragrance because the backstory and thought in its creation is just so wonderfully thought out and unique.   However, my body chemistry doesn’t always mix well with orange blossom and that’s what I mostly get from this boldly different creation.  I do look forward to what Charenton Macerations offers us next.