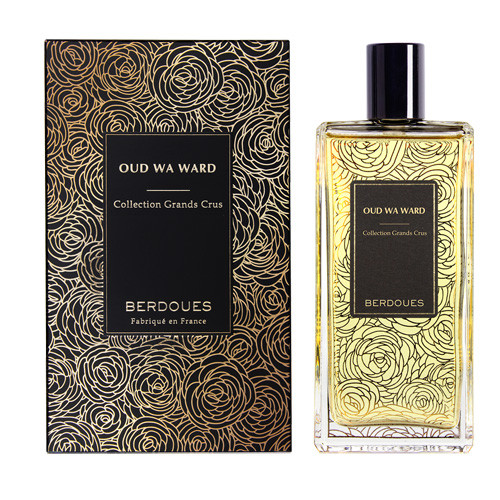 WHAT I SMELL:  Oud Wa Ward jumps out of the bottle with a sweetened patchouli and luscious bold and juicy red rose with a soured and lightly biting oud.  There’s a bit of a metallic edge to the perfume, but overall it is what it promises to be… a rose oud perfume…well, maybe add just a hint of incense to the mix.   After quite some time, the sweetness begins to dissipate and a lovely understated woodiness takes over making the perfume a bit more grounded.  But what used to be bright and free-spirited in the beginning after 30 minutes turns to the more serious and the perfume gets bigger, bolder with the honeyed, smoky and slightly dirty oud now fully in charge. But overall, Oud Wa Ward delivers a nice rose oud and patchouli sweetened fragrance that’s not too heavy, but with just enough sexy and exotic to make this a fun and easy wear.

WHAT IT SMELLS LIKE TO ME:  A smooth, easy and rather sexy perfume that doesn’t take itself too seriously.

WHAT OTHERS ARE SAYING ABOUT OUD WA WARD: None to be found.

BOTTOM LINE:  Oud Wa Ward takes you on quite the ride although it doesn’t do it in short sprints; instead it really takes it time.  The perfume starts off fun and carefree, but in the end you’re left with something that’s much more serious and a little bit dangerous, but still incredibly beautiful.  This is a perfume that begs to be challenged with a cool attitude.  Oud Wa Ward is a hip perfume at a reasonable price to boot.  What’s not to love?