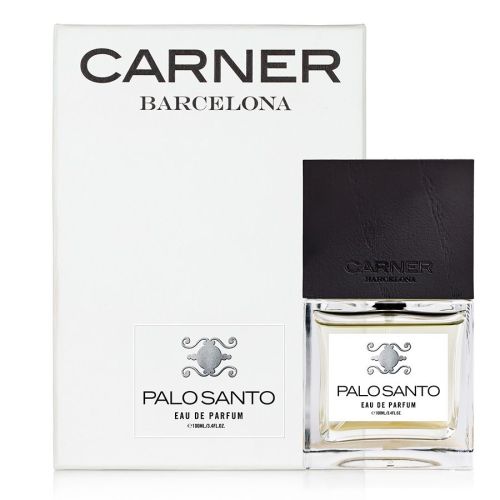 WHAT I SMELL:  Palo Santo opens with a milky coconut, boozy rum accord.  It’s sugared without being sweet, but it crackles with a wonderful gourmand and slightly earthy goodness.  The sugared aspect begins to retreat as the perfume starts to become a bit more woody.  Add on top of that a light burnt hue as if the woods and rum have attracted a lit fire which singed the sweetened wood.  The guaiac wood starts to become prominent as it begins to dominate the perfume.  Thankfully, the guaiac is tempered quickly by the addition of a woody vetiver which helps to bring the perfume into a more sharpened tonality.  After around 30 minutes or so, the perfume begins to blend with hints of incense and tonka bean sitting on top of a woody base that is full of cream.  Palo Santo is at first rather big, bold and in charge, but with a rather sweet demeanor.  In the end, all those elements are still there, but they settle down to more of a whisper.

A ‘’sacred wood’’ steeped in magic and mysticism for thousands of years, releases an enchanting aromatic essence that swirls to life in a spellbinding blend that infuses earthy hints of wood and incense.

Coveted by shamans for centuries, it is believed that this spiritual wood has the power to protect and usher in good fortune. A faint misting will cleanse the mood and raise spirits, invoking the true purifying virtues of Palo Santo

WHAT IT SMELLS LIKE TO ME:  Don’t ask me why, but for some reason this brings to mind a very happy and content brown bear.

WHAT OTHERS ARE SAYING ABOUT PALO SANTO: Chemist in the Bottle, Colognoisseur, Kafkaesque

BOTTOM LINE:  Palo Santo is smooth and creamy and full of guaiac wood which unfortunately never seems to work on my skin.  However, if you do like guaiac wood…this might just be a good fit as it softens to a nice woody glow in the end.