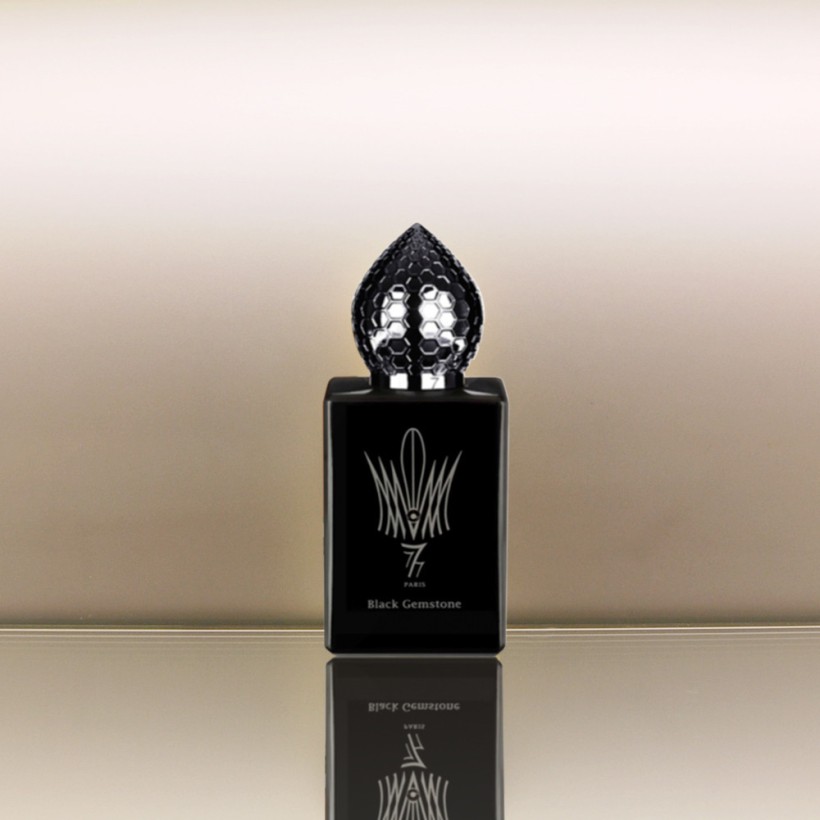 WHAT I SMELL:  If you smell Black Gemstone out of the bottle it smells of boozy rum and leather.  When sprayed, what you get is an initial blast of leather and this deep resinous sourish wood.  It’s really pretty in a masculine way and it’s rather comforting as well.  And what I really like is that the leather feels rich and smooth rather than hard and rugged.  There’s also a bit of sweetness that sits on top of the leather, as if the boozy rum is rising as it evaporates off of the leather.  I have no idea why this fragrance is making me feel happy, but it is.  After around the 10 minute mark, the myrrh starts filing the fragrance with an incredible roundness.  At this point, Black Gemstone has left my happy zone, and it is starting to turn more mysterious.  There’s a lot of projection at this point and it’s very smooooooth and it’s starting to become very sexy.  At the twenty-minute mark, the olibanum make itself known and Black Gemstone has a rather boozy pipe tobacco feel to it.  It’s still big and still sexy, though it has moved into being more woody.  After around an hour, a smokiness appears as if it’s combined with ash rising from a campfire.  All of the sudden, the fragrance went from being on big and sexy to something more primeval.  No wait, it just made another turn and when back to pipe tobacco!  In the drydown, Black Gemstone remains in this smooth and confident sweet and smoky state.  Incredible.

Top notes are lemon and cedar; middle notes are myrrh and resins; base notes are teak wood, olibanum and tonka bean.

WHAT IT SMELLS LIKE TO ME:  Paul Bunyan; handsome, rugged and larger than life.

WHAT OTHERS ARE SAYING ABOUT BLACK GEMSTONE:  CaFleureBon, Kafkaesque

BOTTOM LINE: Black Gemstone is so out of the norm from my flower power lovin perfumes I’m surprised that I love it, but I do.  It’s just so smooth and darn right delicious that I can see this becoming rather addictive.