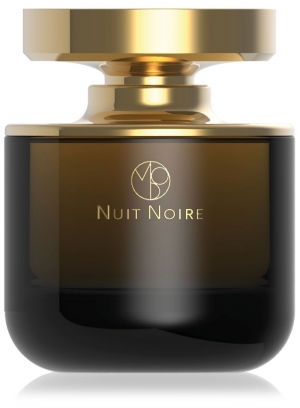 WHAT I SMELL:  Nuit Noire opens with a plasticined orange, it’s slightly bitter and sour and rather animalic (to be honest, there’s a skankiness that is quite unexpected).  Given the opening, I would think that the perfume would be heavy and thick.  Instead, the perfume feels light and airy, albeit it incredibly potent.  Now don’t get me wrong, I like it when a perfume has a bit of a funky edge as long as it doesn’t dominate.  And after around 10 minutes or so, the funk, although still present, makes way for a warmed mix of spice and a light creaminess.  The projection is low which makes the perfume feel mysterious and rather forbidden.  The transition of the soured orange to more of a flattened musk brings a more evened edge to the perfume and after around 30 minutes the tuberose melds with the orange blossom which helps to soften the perfume even further. In the end, Nuit Noire is a sultry and sexy exotic creamy floral with just the right amount of naughty edginess.

Nuit Noire elicits the steaming sensuality of a dark, sultry night in North Africa, exotic, spicy, and animalic. A strikingly carnal affair, the raw energy and heat at the start rises from floral notes colliding with woods, spices and leather, but as it is with lovers, this sophisticated floriental dries down richly intimate into a velvety seduction of spices.

The honeyed floral sweetness of orange blossom, intense tuberose, and robust, spicy cardamom seduce each other and tease for dominance. The indolic quality of the orange blossom and tuberose pulses with a ripe lushness. Brighter notes of ginger and oranges arrive on the hot wind of this vibrant souk and bring with it an intense accord of incense, spices and woods from frankincense, cinnamon, cloves and cedar and sandalwood. 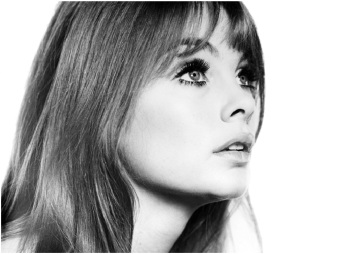 WHAT IT SMELLS LIKE TO ME:  A 1960s supermodel Jean Shrimpton.

WHAT OTHERS ARE SAYING ABOUT NUIT NOIRE: CaFleureBon, The Sounds of Scent, The Black Narcissus

BOTTOM LINE:  There’s something about orange blossom that has a 1960s connection to me.  As modern Nuit Noire is, to me, there’s a bit of vintage vibe to the perfume.  Modern or vintage, Nuit Noire’s perfumed ride goes from the wild to the absolute sublime.

Leave a Reply to The Scented Hound Cancel reply