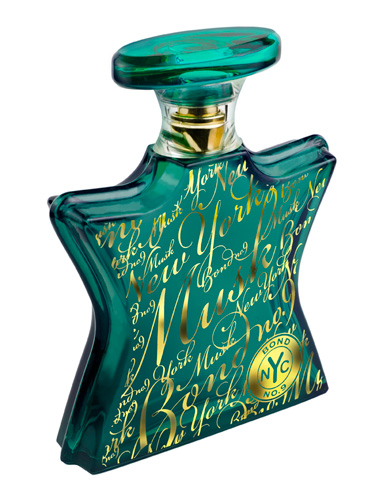 Let me first say that I have avoided Bond No. 9 fragrances.  I don’t know what it is, the plastic looking bottles with garish and bright colors? Or could it be that they seem to be like rabbits wherein they breed and multiply as quickly as you can turn your head.  In any case, I really have had no desire to check them out.  But as it would happen, a lovely friend sent me a nice size sample of New York Musk, so of course I had to check it out.

WHAT I SMELL:  New York Musk opens with juicy black currant tinged with a slight citrus.  It’s not quite edible, but extremely pleasant, yet seems somehow manufactured, like a smell that is part wood and part plastic like the inside of a shipping container…no, it smells a bit like a new outdoor jute rug…no, kind of like the inside a tweed coat.  Whatever the case, it didn’t last all that long.  I was expecting the opening to be overwhelming, but instead it’s relatively subdued.  After a few minutes the patchouli really starts to flourish along with a hint of cocoa.  At this point, New York Musk is nice and soothing.   After around the ten minute mark, the fragrance starts to build in projection and the patchouli boldly takes center stage.  The vetiver woodiness keeps the patchouli in line, not allowing it to completely explode.  What I like is that there is a just a hint of nutty sugar that sits on top that makes it slightly gourmand. However, I do think to myself that if it stays in this state wearing it could tire me out.  But after around an hour, the gourmandish patchouli makes way for the linen like musk which tends to flatten the overall fragrance, and also gives a slight wet and dirty tube sock finish.  Unfortunately, in the end you’re left with a pretty pungent sour musk. 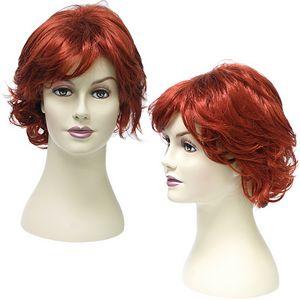 WHAT IT SMELLS LIKE TO ME:  A wig.  Why?  Because this sits on top of your skin, it’s pleasant, adds some dimension, and like the right wig, it adds a nice finish to your ensemble.  But then a wig can also sit on your head slightly askew and that means it’s just not quite right.

WHAT OTHERS ARE SAYING ABOUT NEW YORK MUSK: Scentrist, CaFleureBon

BOTTOM LINE:  I can’t really figure out what’s going on here.  I like part of it, don’t mind some of it, and am left scratching my head with the dull dirty sock like finish.  In other words, I’m not running to the Bond No. 9 counter any time soon to check out more of the line.