We have all been there;  “when perfume goes wrong”.  It seems I have had a few incidents of late so I thought I would get this off my chest and share in my misfortune…

I’m not a fan of leather fragrances, but sometimes I get sucked into they hype and think that I might change my mind when I read on Fragrantica and through other reviews about how fantastic and wonderful a perfume is.  Case in point, Cuir de Lancome.  There it was on eBay, a new bottle with a great price…I couldn’t resist the blind buy.  So I get the package a couple of days later.  The package was shipped quickly, the box and bottle are perfect; actually the bottle is classically pretty, and then… 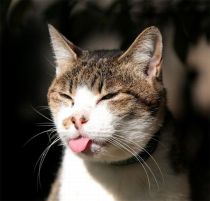 I spray some on the back of my hand and I note a nice light suede, it’s very subtle as it’s mixed with a subdued citrus.  After a few minutes out comes birch tar and then the back of my tongue starts to hurt and feels like it’s getting slightly larger and I’m salivating from the back and sides of my tongue.  It was so odd and so uncomfortable and then it became more metallic and all I could smell was metal, birch tar and some weird floral.  It was like steel, very sharp and grey so I thought I would layer some Givenchy Ysatis on top which helped.  But after a while it crept out from under the bottom again and starting making my tongue salivate and hurt again.

I can’t write a review on this as I know that something physically weird is happening between me and the fragrance.  We just weren’t meant to be friends.  So here’s what others are saying so you might get a better picture of the beauty of Cuir de Lancome that others can see that I can’t.  And if you reside in the US and want a bottle at a good price, send me an email!

For the past few months I have been on a vintage chypre hunt.  I actually have done very well with some of my buys including vintage Miss Dior, Givenchy III and Y by Yves Saint Laurent.  I recently found a bottle of Halston Couture at an incredible price and its an EdP which is pretty hard to find.  I’m sure it was a great price because the bottle is tarnished and the box is a bit beat up, but the juice seems to be just fine. 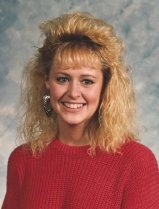 Unfortunately, this powerhouse of a fragrance beats you over the head with an overpowering deep patchouli and mossy cloud that just one spritz can put a hole in the ozone layer.  I envision big hair 1980s college girls in crew neck sweaters stinking up campuses all around the US.  I will try this again in the winter and maybe it will be a better fit, but I have the feeling that won’t make much of a difference.  It’s so loud that it’s headache inducing.

Halston Couture notes from Fragrantica:  Top notes are bergamot and lemon; middle notes are patchouli, jasmine and rose; base notes are amber and oakmoss.

FREDDIE FROM SMELLYTHOUGHTS IS MY FRIEND, BUT WE TYPICALLY AREN’T FRAGRANCE TWINS

The other day Freddie of Smellythoughts posted a review of a couple of En Voyage Perfumes fragrances; Nectars des Iles and Vents Ardents.  A few months ago I purchased Zelda from En Voyage and I love it.  It’s perfect for hot summer days when you want to feel like a Southern Belle.  So after he posted his review, it made me think that I may have received some samples of those two fragrances with my Zelda purchase.  Sure enough, they were hidden in my large stash of unopened samples. Since Freddie loved these two fragrances so much, I thought that this would be the perfect opportunity to see how I felt about them too.

I was always told that if you don’t have anything nice to say, don’t say anything at all.  This is why I am not going to do a review, but just state the following:  Vents Ardents smells to me like a tchotchke shop on a California boardwalk where one can find driftwood clocks and home-made fudge.   Nectars Des Iles smells like a flower that has been stuck in a Salt Water Taffy shop for a very long time.

I’ll let you be the judge if I didn’t say something nice.  If you want to feel the love, please check out Freddie’s fabulous reviews of Nectars des Iles and Vents Aredents at Smellythoughts!

I think that’s enough missteps for one day.  As I was writing this, a new bottle showed up on my doorstep from the mailman…this looks promising!